Kerman High Friday Night Live youth explain their progress with the Youth to Youth: Driving the Change Campaign.
On January 12, 2011 we had our first
Youth to Youth Driving the Change Campaign meeting. We decided to create a PSA to advocate for safer driving practices with the Allstate Foundation funding we had received. During the month of January our FNL Advisor and YLI Program coordinator helped us develop an agreement with Sebastian Digital Television to help train the youth in script development and assist us with filming and editing our PSA.
On February 9, 2011 we met to study and research Allstate’s CHRONIC and Shifting Teen Attitudes Reports. After reviewing the reports we decided that our campaign would focus on the dangers of texting while driving. Teens surveyed for the report indicated that texting while driving was something they frequently did even though they recognized it was a distraction. For teens, texting while driving is the biggest distraction behind the wheel. Distracted driving contributes to car accidents, which is the leading cause of teenage deaths.
With our PSA we want to convince teens and adults not to text while driving. We plan to showcase our PSA at the First Annual Kerman Teen Summit on March 26, 2011.
This is what we have done so far: written letters to Allstate agents to ask for their support in getting the X the TXT materials and decided on our campaign slogan T.T.Y.L (Thumbs downs, To texting while driving, You can make a difference, Learn more at allstateteendriver.com). On February 23, 2011 we participated in a media training with Sebastian Digital Television where we brainstormed concepts for our PSA. During the first few weeks of March we hope to finalizing our script, start filming, and have our PSA completed.
Learn more about the Allstate distracted driving campaign at allstateteendriver.com 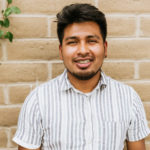