Youth voice should be a city priority

In late February, the City of Half Moon Bay launched a series of listening sessions inviting community members to share their concerns, ideas, needs and priorities. This precious input would be used to guide local policies for the year to come.

When yli’s Half Moon Bay High School (HMBHS) youth club heard about these listening sessions, they decided to come up with a list of their own priorities for the City of Half Moon Bay. The club, which is made up of about 20 young people, developed a list that ranged from having more activities for youth, better open spaces and beach clean-ups, to helping the homeless community in Half Moon Bay.

In the end, the youth saw all of these as a priority, however, they knew one thing was for sure. They wanted to find ways to help others in the community and they decided that homelessness should be one of the City’s priorities for the new year. They noted that there are currently no shelters for our homeless community in Half Moon Bay, and that affordable housing is deeply tied to this issue.

The club also wanted to give other youth an opportunity to make their voices heard, so they conducted a lunchtime activity at Half Moon Bay High School, where students could vote on the 5 priorities. They also collected other youth priorities, which included a community pool, funds for the school, and more town events. During this time, they also talked to their peers about the listening sessions being held around town.

The club then ranked the priorities according to the amount of dots each priority got: Affordable housing was first with 117 dots, followed by Traffic with 105 dots, Homelessness with 96 dots, Sustainability with 60 dots, and Emergency Preparedness with 48 dots. Many of the youth priorities were in alignment with the City Council’s priorities. Their next step is to develop a survey, which will ask youth to share their opinions about the new City priorities. Much has shifted in the few weeks since those listening sessions and youth-led activities occurred as the youth have been processing the new reality of shelter in place. But their commitment has been unswerving: “If they’re still working, then we should still be working to represent our community,” said one youth leader when they heard that City Council continues to meet virtually. So, the youth have been working on a new survey – as well as innovative ways to get it in front of their peers – to go deeper on youth opinions regarding the City Council’s priority issues. Based on the data they collect, the youth plan to develop findings and recommendations that will be delivered to the City Council to help shape the City’s efforts moving forward. 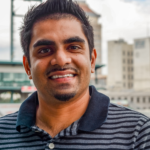