Calling on city, state, and federal governments to abolish policing as we currently understand it. We must divest from excessive, brutal, and discriminatory policing and invest in a vision of community safety that works for everyone, not just an elite few.

There are so many ways to plug into this vital movement. Visit The Movement for Black Lives website for ways to get involved.

What is this platform about?

Courtesy of The Movement for Black Lives.

For much of U.S. history, law enforcement meant implementing laws that were explicitly designed to subjugate Black people and enforce white supremacy. That’s why Black people, along with hundreds of thousands of others, are calling for city, state, and federal governments to abolish policing as we currently understand it. We must divest from excessive, brutal, and discriminatory policing and invest in a vision of community
safety that works for everyone, not just an elite few.

We know the safest communities in America are places that don’t center the police. What we’re looking for already exists, and we already know it works. We need look no further than neighborhoods where the wealthy, well-connected, and well-off live, or anywhere there is easy access to living wages, healthcare, quality public education, and freedom from police terror.

We can’t stand by while our city, state, and federal governments continue to fund an excessive, brutal, and discriminatory system of policing. We will no longer be told that what we deserve is not politically viable or logistically possible. We will no longer be deprived of what others have long enjoyed in this country: basic rights, safety, and freedom.

When we talk about defunding the police, we’re talking about making a major pivot in national priorities. We need to see a shift from massive spending on police that don’t keep us safe to a massive investment in a shared vision of community safety that actually works. We know this won’t happen overnight. We’re tired of quick fixes and piecemeal reforms. Ending police violence will require a thoughtful, deliberate, and participatory approach that has already begun.

The exploding COVID-19 pandemic and disparate impacts on our Black community have shown us what happens when the government underfunds public health while overfunding police and military budgets. It’s clear that millions of people now know what Black communities have long understood: We must reverse centuries of disinvestment in Black communities to invest in a future where we can all be connected, represented, and free.

As a social justice organization, yli recognizes as its core struggle the dismantling of white supremacy wherever it appears – and we see defunding the police as a starting place toward creating safe, thriving and self-determined communities.

yli staff and youth across the state have taken to the streets, marching in solidarity with thousands of protestors to demand justice for George Floyd, Ahmaud Arbery, Breonna Taylor, Tony McDade and countless other Black people who have been murdered by the police.

We are signing and circulating petitions, endorsing letters and speaking up at town halls, city hall, and board of supervisors meetings to call on decision makers to cut the bloated police budgets, remove police from schools, and invest instead in the community-based solutions that WORK.

We have donated – as an organization and as individuals – to Black-led organizers. And, we are declaring our solidarity with the movement by amplifying the calls-to-action of movement leaders, like The Movement for Black Lives.

Who else has endorsed this platform?

Hundreds of thousands of people have taken to the streets and are calling on cities across the country to consider proposals to defund the police.

Visit the Movement for Black Lives website to learn more

What really got to me was that these are regular kids who recognize that they have the power to make a difference in their communities. 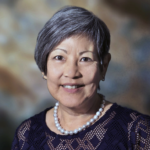