YALL youth dedicated their campaign work toward shifting social norms through consistent “Take Back Our Holidays” Campaigns. The goal of this campaign season was to draw attention to the capitalistic and predatory behavior of big name alcohol distributors as well as shift cultural norms by reducing alcohol use during the holidays. Major holidays youth focused on were Superbowl weekend, Spring Jam, and Graduation Season.

YALL youth were integral to the planning of our annual Spring Jam, intentionally planning it to land on Cinco De Mayo to call attention to the alcohol consumption that takes place on a U.S. celebrated holiday.

The YALL graduation campaign used the slogan “Take the cap off the conversation, not the bottle.” YALL youth wanted to call attention to the number of youth who may feel pressured to celebrate with alcohol following major milestones in their lives.

After 8 years of partnership and educating Fresno City Council on the issue of density of alcohol retailers around youth spaces like schools and parks, as well as in the low-income Black and brown communities of Southwest and West Fresno, the Fresno City Council passed the Responsible Neighborhood Market Act on October 15, 2020.

This Act places a cap on the number of liquor licenses in the City of Fresno at 478, extends distance to youth spaces from 500 feet to 1000 feet, requires the purchase of 2 existing liquor licenses for new establishments, reduces storefront advertising to 5%, and directed the city’s code enforcement to create an inspection process to ensure retailers are in compliance.

Read about it in this Fresno Bee article!

YALL is working to reduce underage drinking by targeting minors’ access to alcohol. The I Won’t Provide Campaign aims to educate college-aged and young adults on how to drink responsibly, and to be a part of the solution to reduce underage drinking by refusing to provide alcohol to youth. Our Press Conference was featured in this article by The Rampage – check it out!! Are you a college-aged young adult?  Sign the pledge

and commit to reduce underage drinking by refusing to provide alcohol to youth. The youth are planning the “Not on my Watch” campaign, which supports parents in limiting access to alcohol within their homes. The campaign involves crafting a template for family alcohol policies and lawn signs for parents who take a copy of the template. In the spirit of collaboration and community organizing, the youth shared their project idea and messaging at town hall in September to gather input and buy-in for the project.

The youth implemented the powerful Sticker Shock Campaign, which partnered with the local FoodsCo. to hold liquor stores – a main point of access for alcohol – accountable for selling to minors. They held a press conference and labeled packs of alcohol with warning stickers to educate adults about underage drinking. The story was aired on the local TV station, ABC 30 Action News, as well as The Fresno Bee.

YALL add a new component to their program — county-wide Reducing Alcohol Access to Youth (RAAY) campaigns. Each year, the youth plan and implement a campaign to address underage drinking by identifying and limiting key points of access to alcohol.

In this first year, YALL youth leaders launched Lucky Ducky, a “social norms” campaign that works to combat stereotypes around youth alcohol use. Since peers are among the primary access points to alcohol, the goal of the campaign was to reduce peer pressure by showing that far fewer youth drink (or even think it’s cool) than commonly perceived. The youth conducted surveys and shared data points in schools throughout the county through a series of fun activities.

Are you a college-aged young adult? Sign the pledge and commit to reduce underage drinking by refusing to provide alcohol to youth.

yli was a great experience in my life in regards to friendship and a united community. It taught me many life skills I still use to this day and it prepared me to be a leader for youth when I taught high school. Now I am using those same skills as a leader in administration for a well-known company in the Hispanic community. 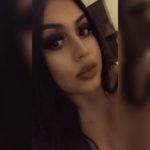